Please let me say that we are in a historical moment in which we witness the loss of the ethical values that really matter in life, and I think it’s very nice to find people like Vivienne Westwood, who use her own job for social commitments.
The fashion has usually seen as a frivolous and superficial activity, but the rebel designer is able to send a complaint’s message, to encourage people to open their eyes and protest.

With men’s collection Spring / Summer 2016 Vivienne is saying us what we often feel, that politicians (many of them) are criminals and we have to call them CRIMINALS, in spite of the dominant mainstream, because they are causing climate change and others troubles, and consequently the mass extinctions of life forms of our planet, including us.
We have to stop them now, and fast, because we are in danger and it risk to be too late.

Not all politicians are liars, that’s why Ms Westwood wish a gallery of true politicians (she means “honest”) in which trust.

Everyone know that we are in an economical difficult moment. The capitalism was developed using world’s natural resources, coal, oil and gas, and now these are finite. If we continue to exploit the environment, climate change will be inevitable, so we have to exchange for sustainable energy, which is cheaper and infinite.

The common feeling is that Politics well know the situation, but there are big interests involved, like financial companies and giant monopolies, and they have no intention to loose their money. Governments serve them, forming together a triad, and help the central banks to control the world’s economy, creating debts which impose austerity for people.

The basic human rights are disappearing: think about the right to work which has to warrant a decent life for every man.

It’s scandalous that governments don’t care about people and care only for different interests.

Unfortunately they are above the law and can change rules whenever they want. They are so sure to win that now their interest is completely merged with banks and monopolies, without scruples for the common people.

Ms Westwood invites the public to inform themselves and urges the press to raise awareness and give people all informations to avoid the planet’s destruction.

We had the pleasure of meeting the famous British designer, and during the interview she talked about the “Politicians ‘r Criminals” campaign. It’s incredible how she has managed to convey in this collection and the fashion show her feeling about this important issue.

An irreverent collection, which wants to impress with a mix of textures and colors, designed for a warrior man, manly and combative. Eccentric outfits which evoke the gladiator: barely clad models, with a sporting cropped top
and high-cut briefs. Special accessories like head wrap and sandals.

Have a look at our videos…we hope you will be touched likewise by the exclusive interviews to the designers (Vivienne and her husband Andreas Kronthaler) …and enjoy the fashion show with special model the American actor RJ Mitte. 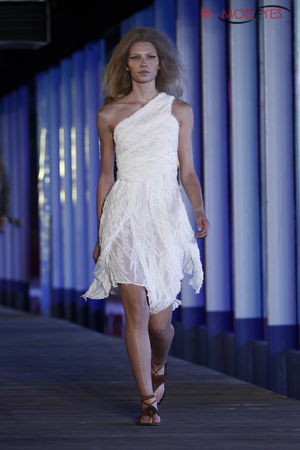 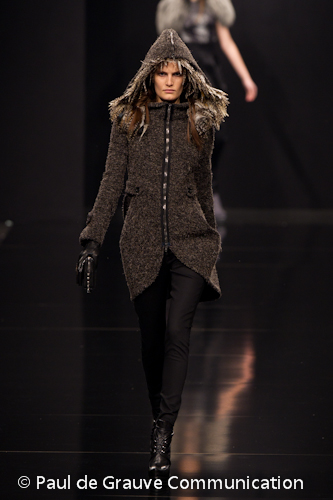 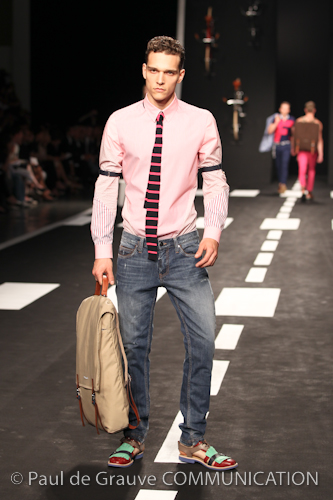 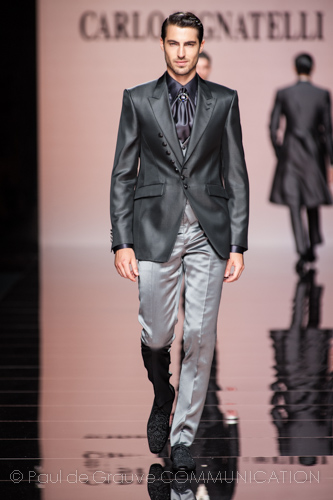