September 11th is an important date for the USA and especially for New York. In this day, to be here in New York for the Fashion Week, with a performance themed “love and sharing” by Givenchy, had an intrinsic meaning of emotion.

In the city of the great American dream, the creative director Riccardo Tisci wanted to bring here an exceptional collection, made of different creative outfits, representing the iconic pieces that the designer has created in the last decade but also the novelty for the next summer-

The US market has supported the designer and the founder of the Maison, Hubert de Givenchy, since their beginning. This fashion show in New York is the realization of a dream, which celebrates style Givenchy, to coincide with the opening of the new store on Madison Avenue, which is expression of the combination of haute couture and urban style.

Tisci joined Marina Abramovic, which in the past have already made several artistic projects together, have created an extraordinary show: it was not just a fashion show, but a show that has gone beyond of the fashion world, an emotional experience, focusing on themes of love and equality, spirituality and humility.

The runway show was decorated with recycled materials, installed along the banks of the Hudson River in the Tribeca district. Huge screens installed throughout the city, to watch the show live, from Soho to Times Square, while sponsored buses turned from the Bronx to Harlem, to the Queen, to invite the public to attend.

A big crowd, professionals from the worlds of fashion and celebrities, along with students from fashion schools, joined in this heavenly atmosphere, in which spiritual songs have accompanied the models’ parade.

Black and white predominate the collection, made by garments that exalt femininity, fragility but also the strength of man and woman, the tailoring’s discipline and the delicateness of lingerie.
A collection which is a marriage of the existence’s contrasts, extremely natural. To interpreter the sensuality and the human side of the collection, Tisci has personally chosen the top models Joan Smalls and Mariacarla Boscono, who are perfect for the style Givenchy.

Well a resounding success, a standing ovation of the public, which touched everyone, including the designer, as well as you will understand yourself from his words in the following exceptional interview … enjoy! 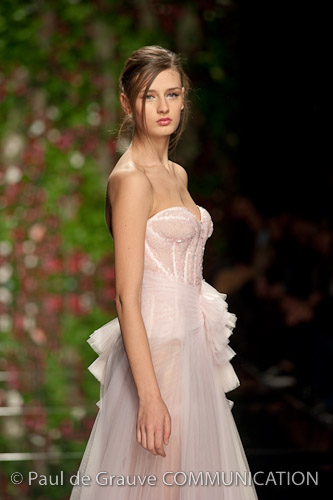 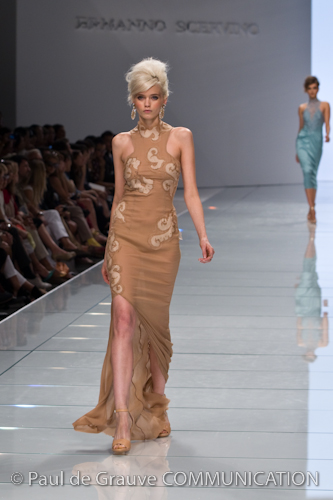 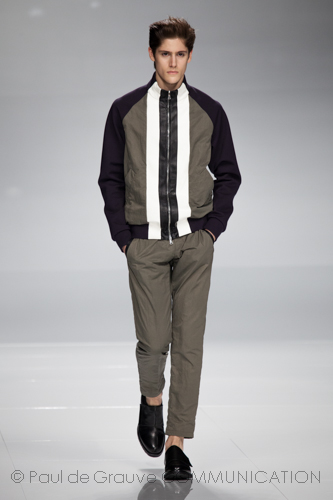