“The important thing is general public …The information is power…We got to try to inform general public”, she said us during the interview in the backstage. She wants to bring everybody together to make the protest, because it’s very important that we try to speak with same voice and we must all challenge the irresponsible behaviour of our governments.

The english designer is always inspired by noble thoughts, in this particular and difficult moment for the humanity, her feelings impose to her consciousness to be “political”. Fracking is her new big fight:  the “hydraulic fracturing” is the latest devilry of the oil companies to squeeze more oil out of the ground. They are using this system without to think to consequences to our Earth. Apparently all Vivienne Westwood collections are not so staid, but indeed they have always an ethic mood. That’s how she amaze us every time.

The man of collection fall/winter 2014/2015 is a sportive dandy: extra-large sweaters, eccentric wool trouser black and fuchsia or yellow jackets. Or double breasted coat and turtleneck, for a more classic style!

Take a look at ModeyesTV video and follow our interview also to Andreas Kronthaler, which described us the strangenesses of this collection….enjoy it! 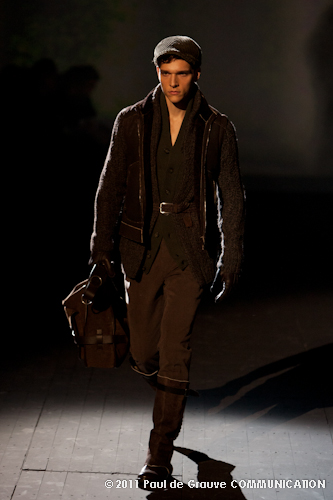 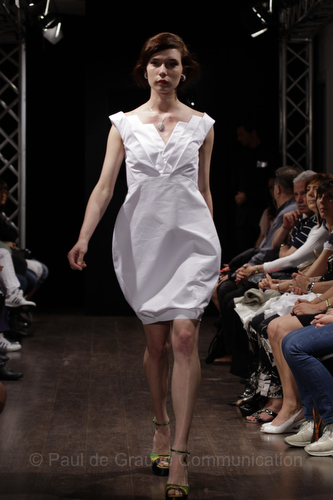 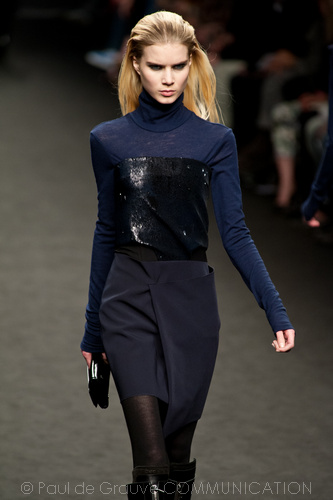 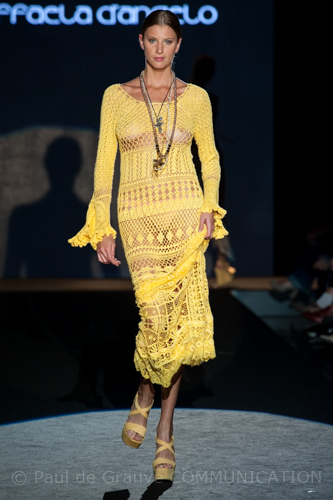