The leitmotiv that connect all garments one to each other is a compound word, a sort of neologism: #mangapunk.

What does it mean? It’s a meeting between two Heritages, the Japanese manga-culture and the British punk world: both of them ‘embody’ in denim, leathers and graphics.

The collection expresses its vocation just through encounter-clash of volumes and textures, colours and fabrics that belong to the two Worlds playing.

Anoraks are supersized and take the shape of sportswear while bomber jackets are mostly in jacquard kimono inspired fabrics, embroidered satin and leather.

Metallic peacoats walk the runway and they seem like cut from crumpled silver nylon paper.

Outerwear is for the most part constructed with a long wool overcoat, on the upper and external layer, and a down jacket of a different fabric that is on the interior.

Influence of manga culture is strong in parkas with satin prints and in leather jackets with little bolt studs (on the sleeves and the lower part), in fluorescent pink and green, that look like a series of ‘computer dots’.

Trousers are wide, shorts or jeans, often integrated with punk version of a kilt worn on top. These kilts fall at the knees or swoosh to the floor, taking shape of a train recalling Japanese warriors and clerical cassocks.

They are realized in indigo denim or checked silk and wool.

In other creations trousers have a kind of ‘bondage’ style: they’re in leather and covered in zippers.

In spite of the entire collection’s variety, a single exemplar garment could be enough to keep Dsquared2’s style: a kilt made of checked shirtsleeves that knot at the waist.

Obviously, even shoes are designed to accent different styles that liven up outfits: chunky boots with trekking lacing are worn under kilts while pointed white and black lace-ups, with raised soles, contrast voluminous and bright printed parkas.

Modeyes’ team has realized for you an exclusive interview with Caten brothers: don’t miss next video! 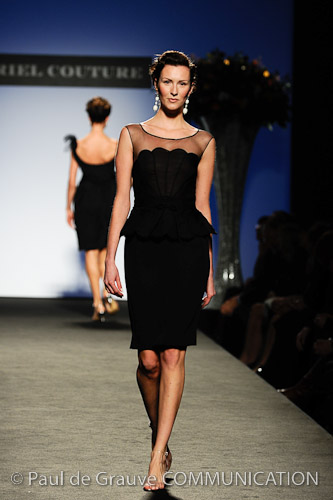 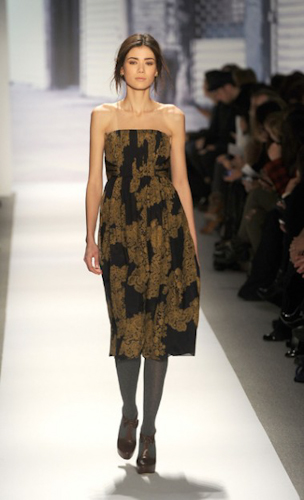 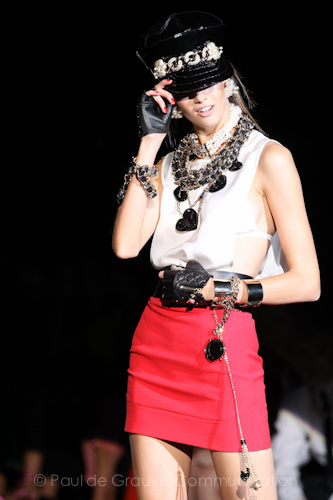 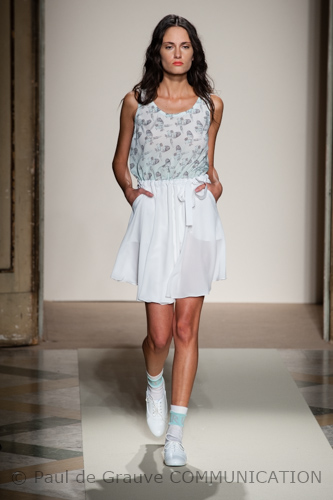