Among the events of greater prominence and the most anticipated of Pitti Immagine Uomo, stands undoubtedly the parade of Raf Simons, although to call it fashion show seems a little bit reductive. A fashion show’s new formula, a mixture of catwalk and traveling art exhibition, where it was launched an innovative concept of freer and provocative menswear. “Florence calling“, the event, which saw Simons to propose his bold outfits for spring / summer 2017, it was held at the Stazione Leopolda in Florence, which for the occasion has been transformed into a metal hangar.

After the surprise farewell to Dior in October 2015, the designer of Antwerp relaunches himself here in Florence, breaking every scheme, starting first of all from the installation: the old Leopoldina station, invaded by 300 mannequins, as exceptional models, thanks to outfits consisting of some of the most beautiful garments of Raf Simons’ archive.

Baroque music contaminated  from heavy metal have been the soundtrack to more than 19-minute fashion show. Large white shirts, neck a black leather string, at the foot slippers and  boudoir blacks socks, imitation leather skinny pants, coveralls over, sweaters as enveloping shells or nearly breastplates of wool, minimal black nylon waterproof. All into a calm and relaxed tones.

The models paraded in the audience crowded the edges standing watching their passage, like in a sports circuit. A feeling of great contact with the creativity of the Belgian designer, who managed to fuse art, creativity and the public in one big show.

Modeyes TV has documented with exclusive footage of the entire show, here’s the video. 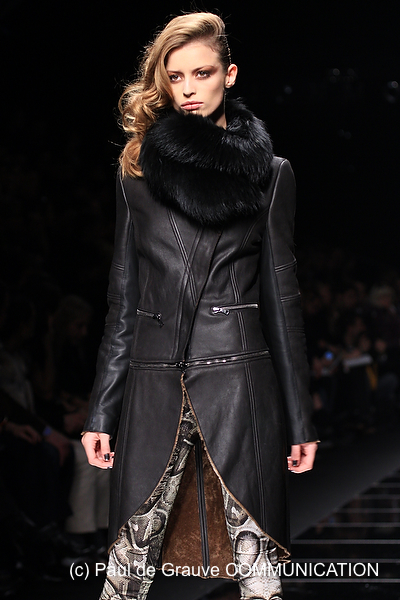 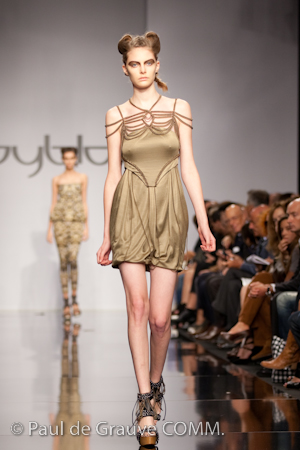 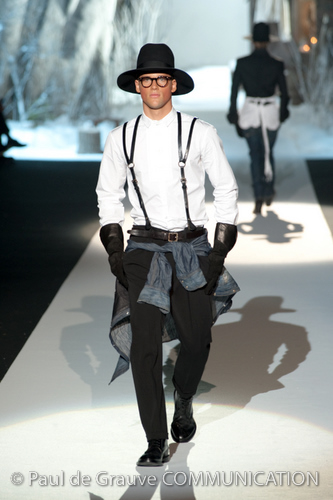